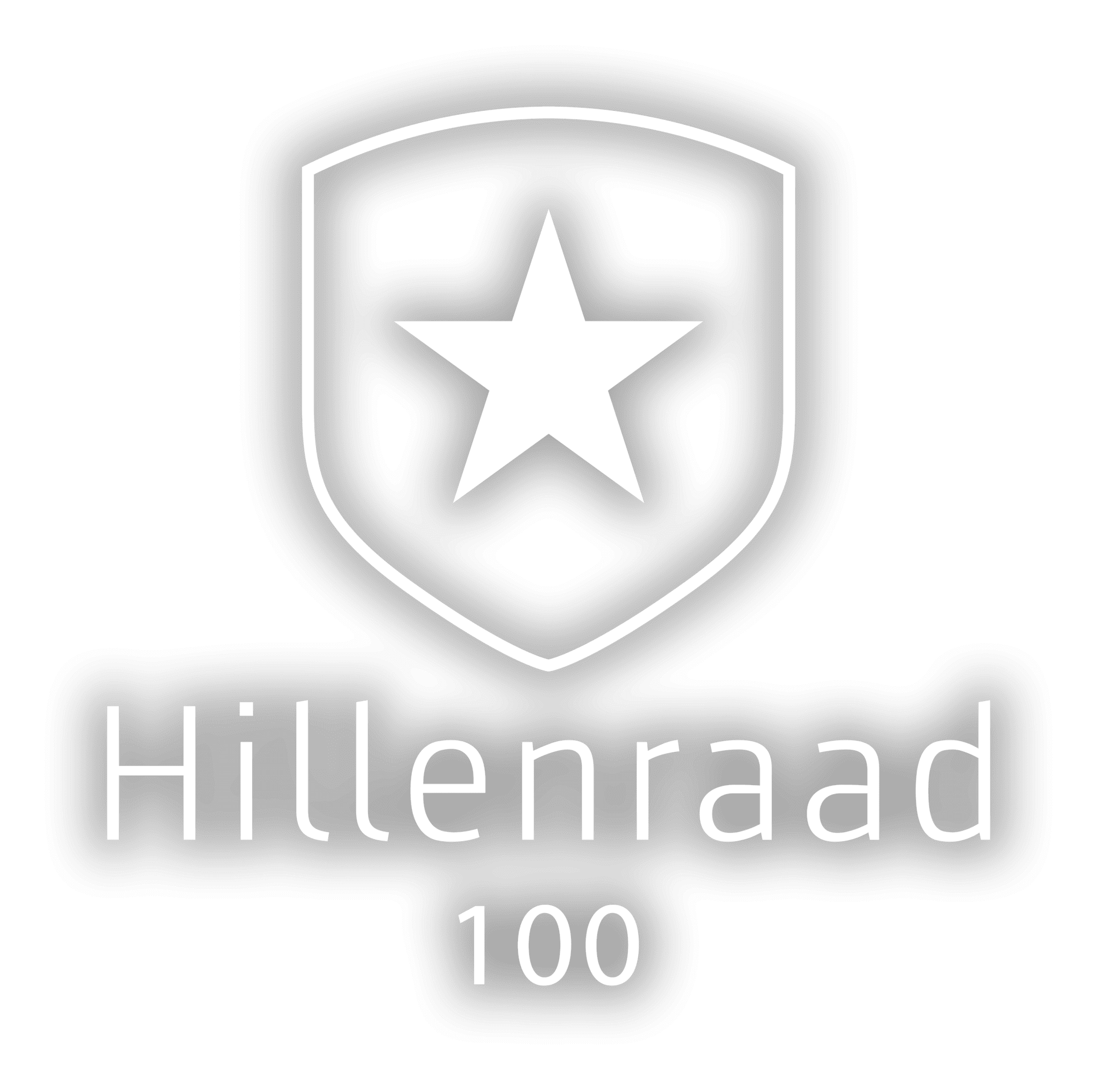 The one hundred most prominent companies in the horticulture industry

Only 1% of the companies in the Dutch horticulture industry make it into the Hillenraad100. A listing in the Hillenraad100 is an acknowledgement of leading entrepreneurship. These companies show vision, daring and entrepreneurship, and are a guiding light to the sector. The Hortigala of the Year, during which the new listings are announced, is an important ‘photo opportunity’ for the horticulture industry. Due to the challenges facing the sector, the unveiling was incorporated into a larger event, offering the opportunity to discuss relevant topics: the Hillenraad Horti Convention.

The Hillenraad100 research team analyses the companies’ performances on the basis of a unique and proprietary business model that is continuously adapted. We make choices in what we consider to be important developments for the future and we assess how companies anticipate them. An Committee of Experts of professionals assists us in this process.

Balancing the scales: the Hillenraad100 model

Hillenraad100 assesses the companies on the basis of strategy, market position, organisational performance, innovation and corporate social responsibility. The business model entails a wider scope and assesses 19 factors in total.

The Hillenraad100 is an open competition. Any company complying with the admittance criteria can register and compete for a listing. A precondition is that the company’s main activity must be exercised within the horticulture industry in the Netherlands, whereby its Dutch activities must represent a substantial part of its total business activities. Companies must have also been in business for at least five years and in assessing this factor, the Hillenraad100 bases its judgement on collective group activities; sister companies are not eligible for a separate listing. Finally, sector and trade organisations, as well as generic service providers (i.e. banks, insurance companies or accountants), are excluded from the list.

Hillenraad itself is looking for nominees as well, and bases its assessments on information from public sources, press releases, databanks for business information, and, of course, the data submitted by the companies themselves. Our goal is to assess and rank the companies in a positive, but critical manner.

In addition to the research conducted by Hillenraad Partners, the value of the Hillenraad100 is in no small part due to the contribution of the Committee of Experts. Based on their specific areas of expertise, these wonderfully well-informed specialists assess the selected businesses. They not only employ technical analyses, but also add the market sentiment, as though the company was quoted on the stock market. 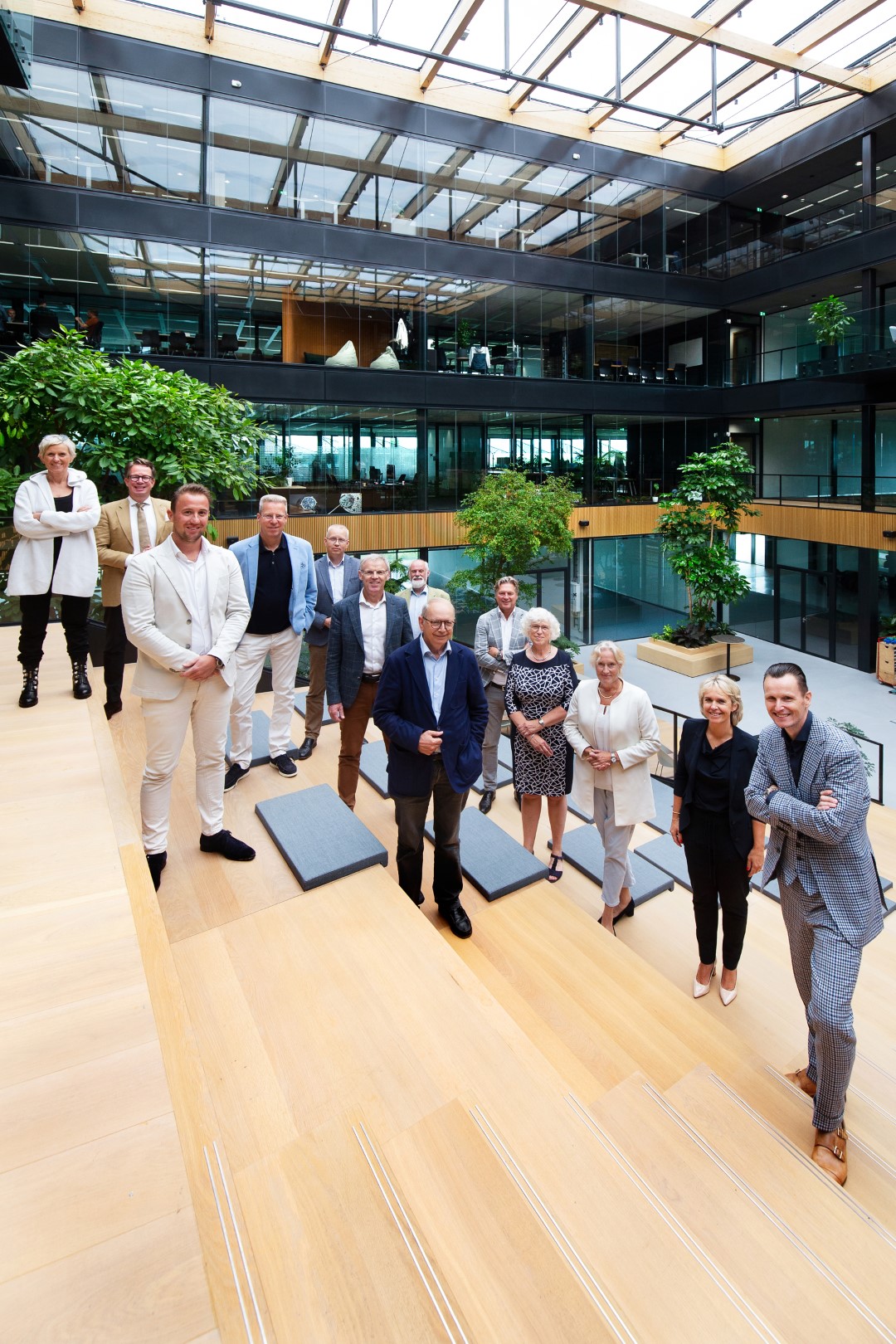 The 2022 Committee of Experts

In the sights of the horticulture industry

For years now, the magazine has been highly appreciated by entrepreneurs, investors and decision-makers. It is a boardroom magazine that is used as a reference guide for developments and trends in the industry, as well as for companies. Being listed is an unequivocal confirmation of a company’s reputation.

By advertising in Hillenraad100, your product or service will catch the eyes of the entire horticulture industry, and your business and your offering will be positioned in a winners’ environment. Each year, the Hillenraad100 magazine is distributed in a run of 10,000 copies. The magazines find their way into the hands of entrepreneurs, managers, directors, talented students, visitors to the international horticulture trade fair and numerous educational institutions. An English-language edition is available for the international market, and is distributed at trade consulates and Dutch foreign embassies.

For more information on advertising in the Hillenraad100, click here to download the media card as a PDF.

Receive the colour photograph of the horticulture industry 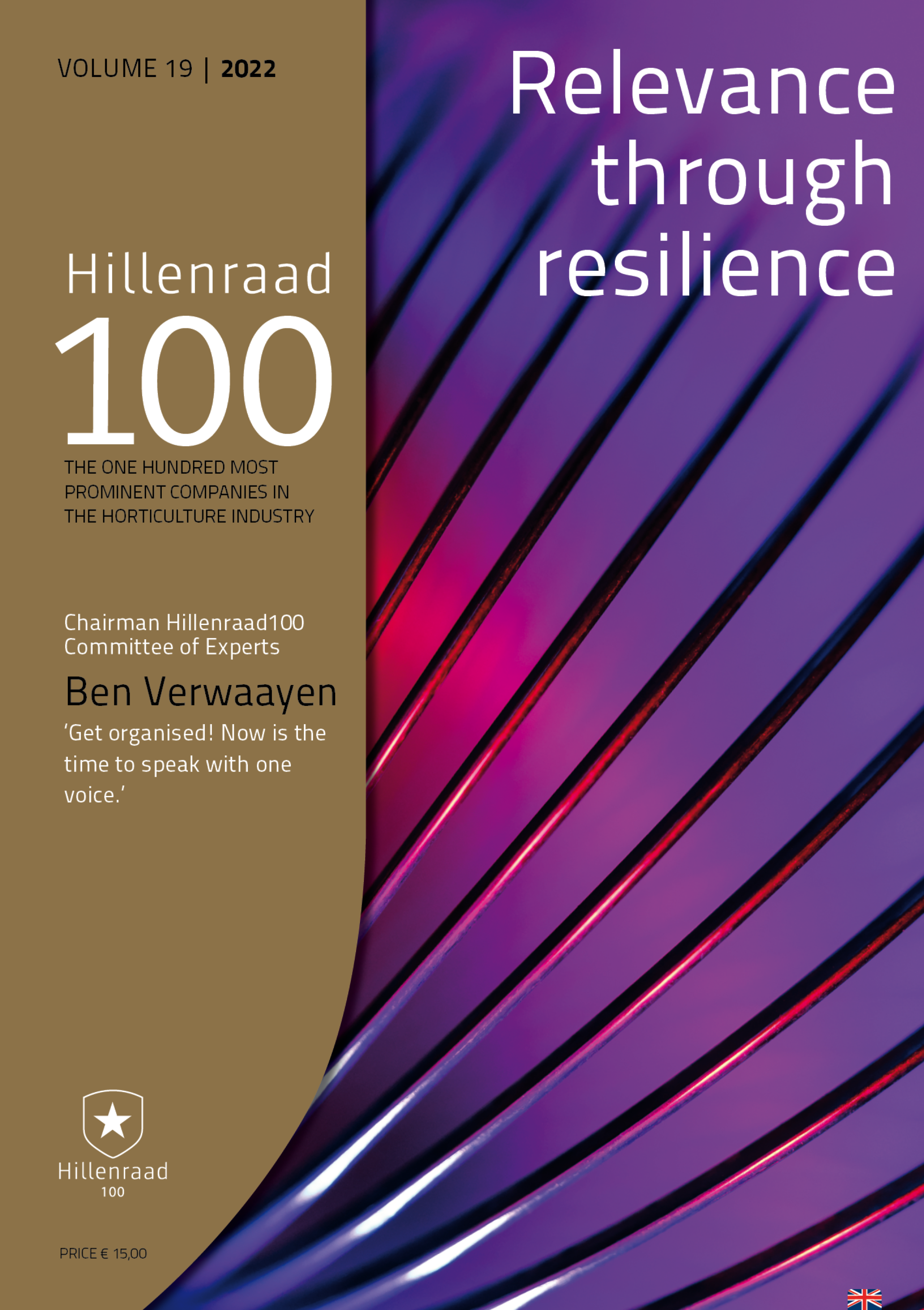 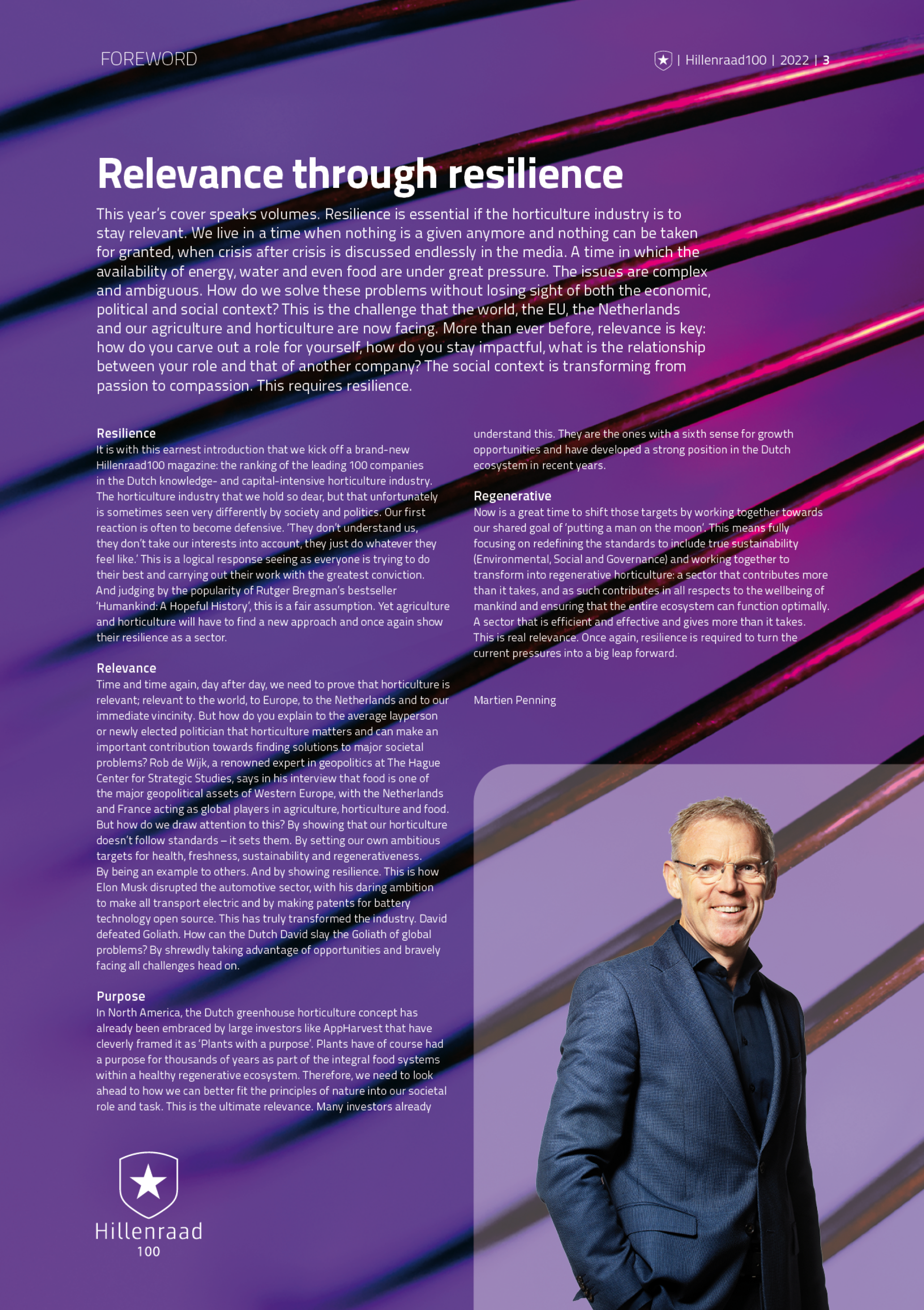 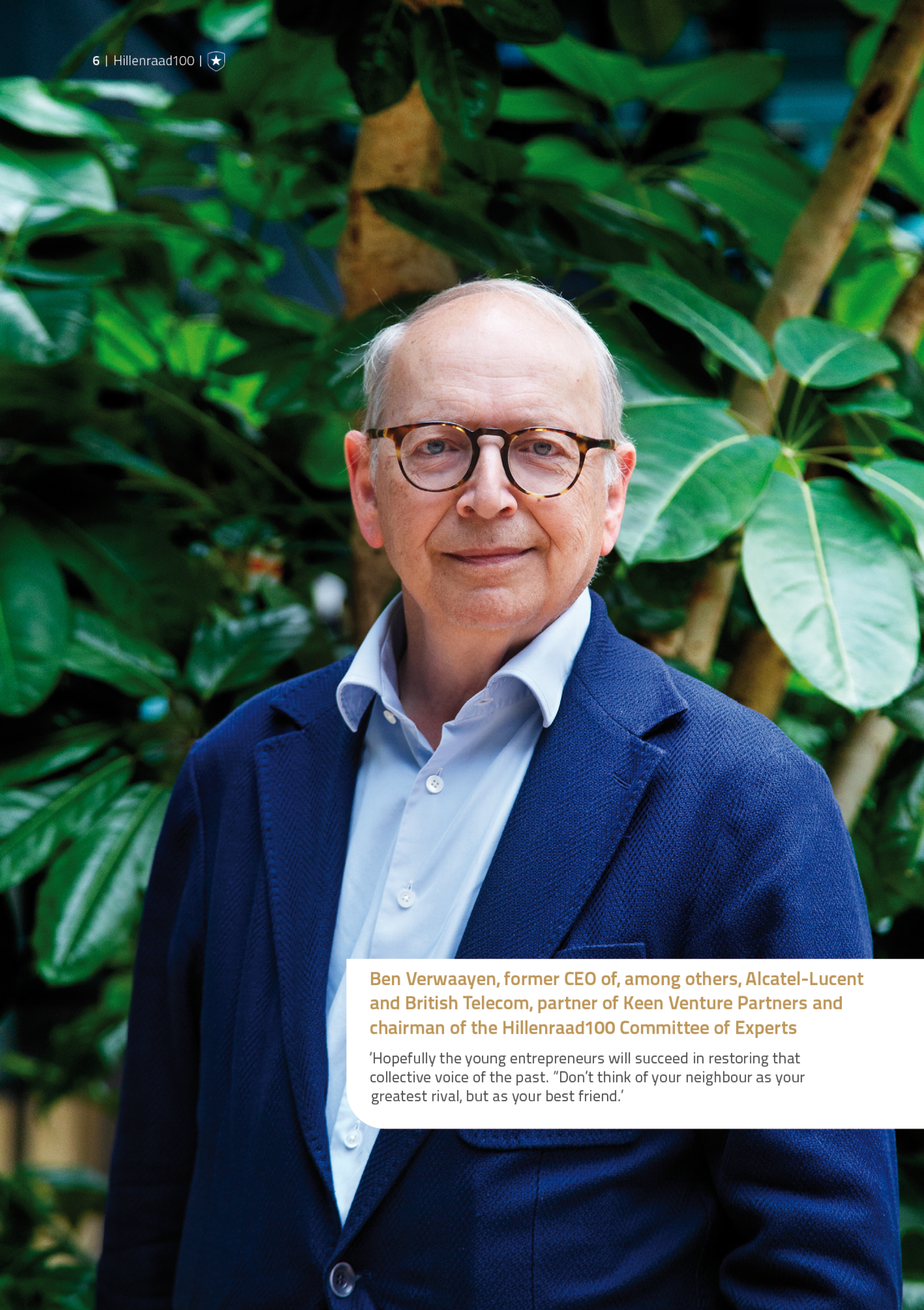 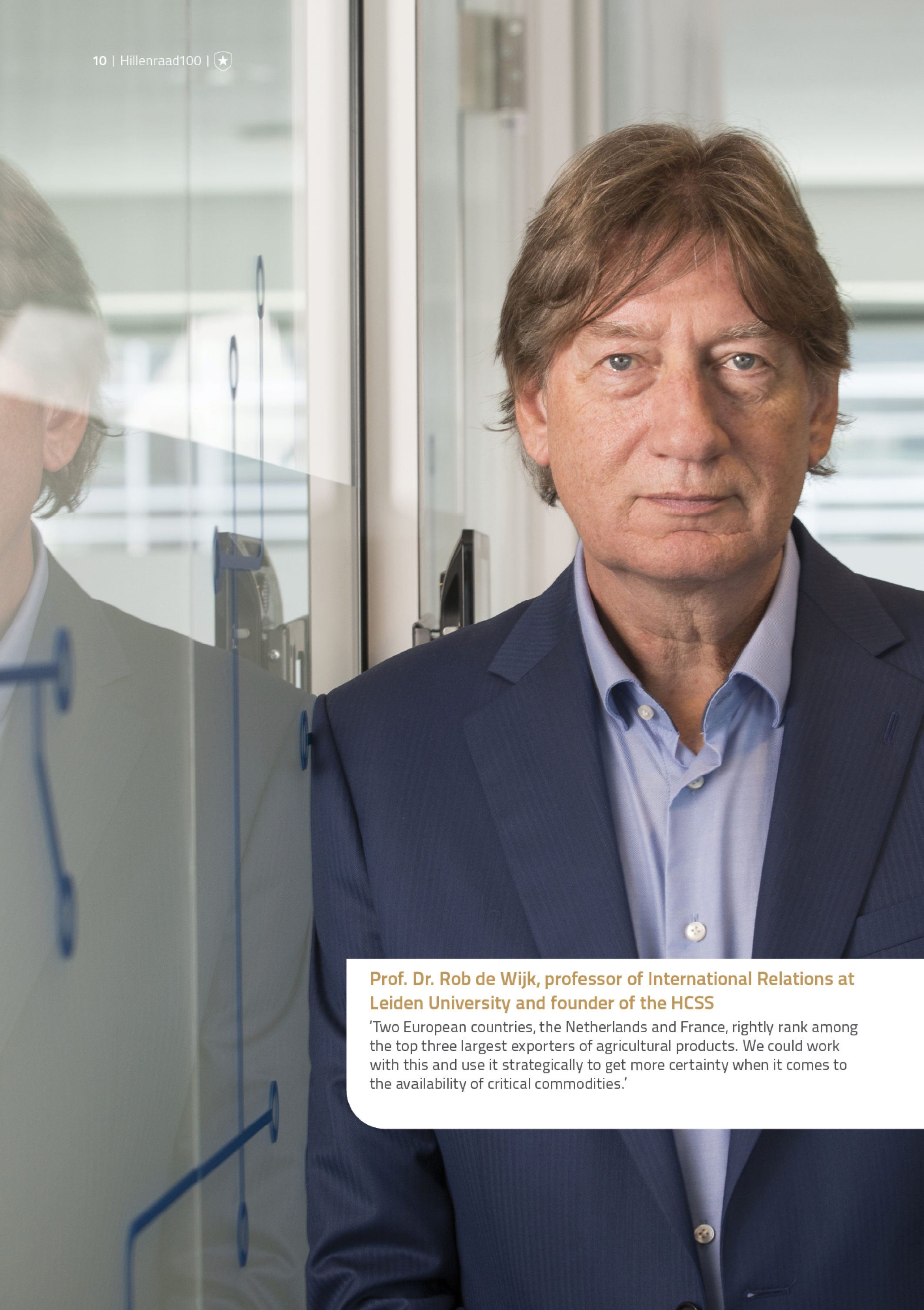 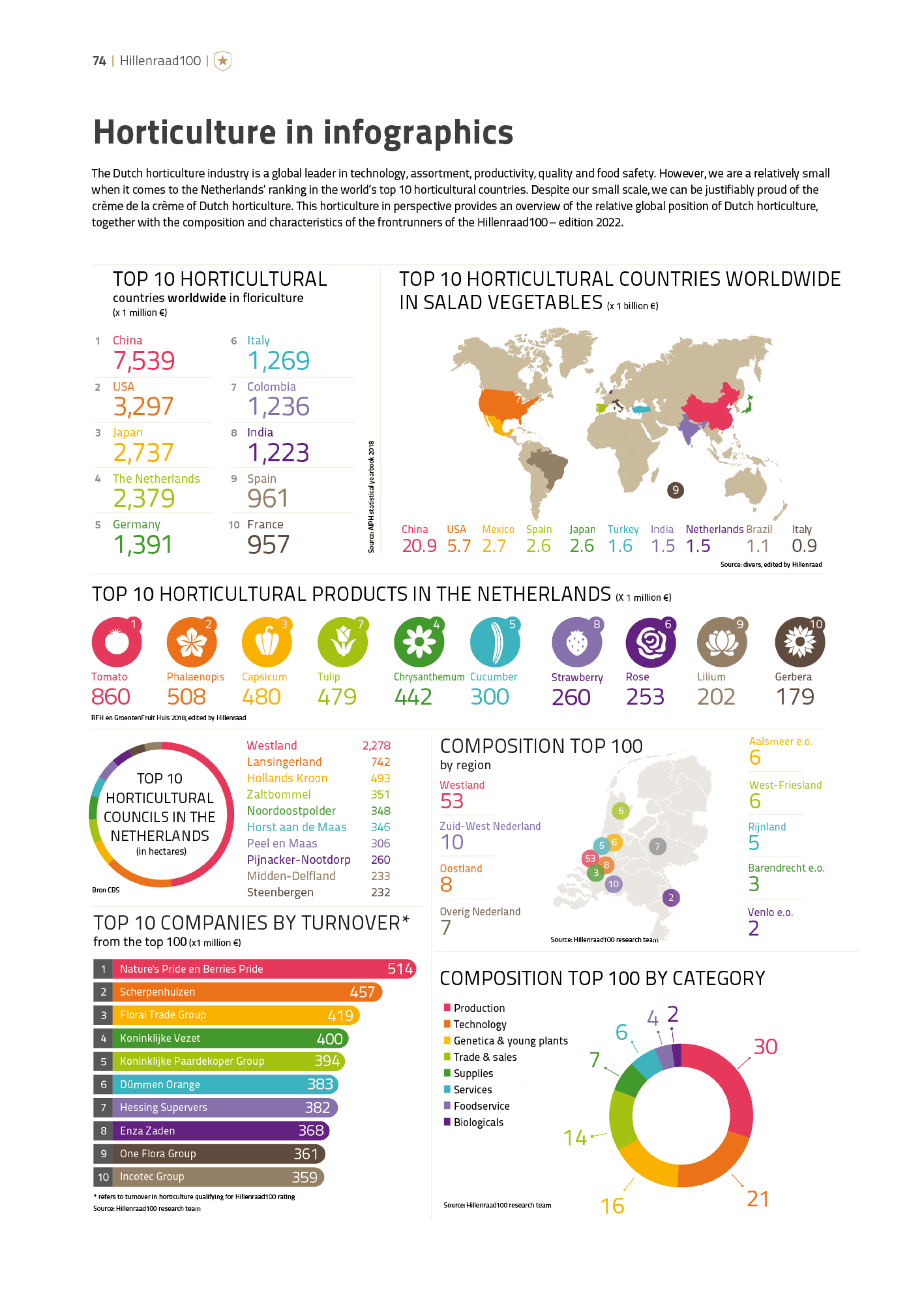 Enza Zaden gains the number 1 position in the Hillenraad100

Westland – On Friday 4 November 2022, the Hillenraad100 was unveiled at the Kunstmuseum Den Haag. This list of the 100 leading businesses in the Dutch horituculture industry is topped this year by Enza Zaden. Theme awards were presented to Floral Trade Group, ISO Group and Best Fresh. Due to the challenges facing the sector, the unveiling was incorporated into a larger event, offering the opportunity to discuss relevant topics: the Hillenraad Horti Convention. The central theme was the dilemma between individualism and collectivism.

Enza Zaden was named the leading business in Dutch horticulture at the Hillenraad Horti Convention. The Hillenraad100 Committee of Experts praised the innovative power of the company, its focus on both technology and the market, and its international growth. A quote from the jury report: “Enza has a rock-solid position and is well on course to continue contributing to better and healthier food for the global population. Fun fact: over 460 million people eat vegetables from Enza’s breeding programmes.”

The trailblazing number 100 in the 2022 edition of Hillenraad100 is Havatec from Nieuw Vennep. This manufacturer of machines for greenhouse grown tulips is an excellent example of a company that is responding to the need for automation and mechanisation in the sector. Havatec understands that, for the sector to stay healthy, it needs to reduce its labour costs.

The collective turnover of the top 100 has grown by 17.5% since 2019 to 12.43 billion euros. Internationalisation is another clear trend, as the top 100 companies collectively own a total of 433 foreign branches. The top 100 provides employment to over 58,000 people.

Theme awards
The 2022 BDO Family Business of the Year Theme Award was awarded to Floral Trade Group. This family business is growing as a result of several small business acquisitions, yet is still able to maintain the culture and character of the family business. The NPM Capital Agility Award went to ISO Group. This supplier of cutting robots and other machines has displayed significant agility. By forging clever alliances with other suppliers and carrying out good market research, the company has been able to tap into other markets. The Social Engagement Award, sponsored by Venéco, was won by Best Fresh. As well as intiating its own projects, the Best Fresh Foundation also supports charities. It is clear that social engagement is deeply embedded in this company.

Hall of Fame
The new Hillenraad100 has a total of fourteen new entries. In addition, three companies graduated to the 500+ category, which lists companies with a turnover in excess of 500 million euros. The Hall of Fame of 500+ companies has grown from ten to fourteen companies. These businesses represent a collective turnover of 73 billion euros and provide employment to over 200,000 people worldwide.

Social discontent
At the Hillenraad Horti Convention, ample time was allotted to a programme of talks. Sociologist Frits Spangenberg spoke about today’s social discontent and about the dilemma between individualism and collectivism. Horticulture achieved growth in the previous century as a result of cooperatives. But since the 1990s, the sector has largely moved towards a focus on professionalisation and upscaling. However, the wider social discontent that the sector is now facing can only be solved collectively. Spangenberg encouraged the audience to rediscover the power of the collective.

Future-proof horticulture
A group of ten entrepreneurs are holding discussions on future-proof horticulture. They are exchanging thoughts on the most important sustainability issues of our time: the energy transition, CO2 reductions, pesticide use and migrant workers. In a roundtable discussion during the Hillenraad Horti Convention. led by journalist Sacha de Boer, the table discussed various topics and potential solutions with the audience. This generated fascinating insights and also confirmed that the sector has sufficient resilience to handle the recent challenges. More on this soon.

During the Hillenraad Horti Convention 2022 we explored new ways to emerge stronger from the crisis as a horticultural sector.
It turned out to be the perfect opportunity to meet each other, to connect with leading fellow entrepreneurs and to join forces. 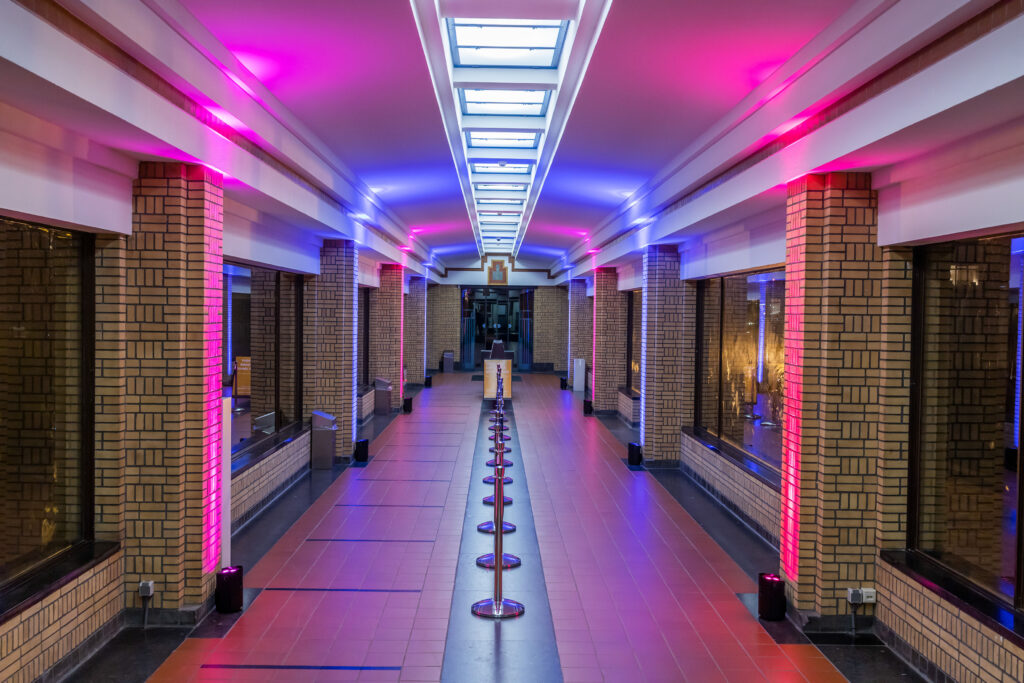 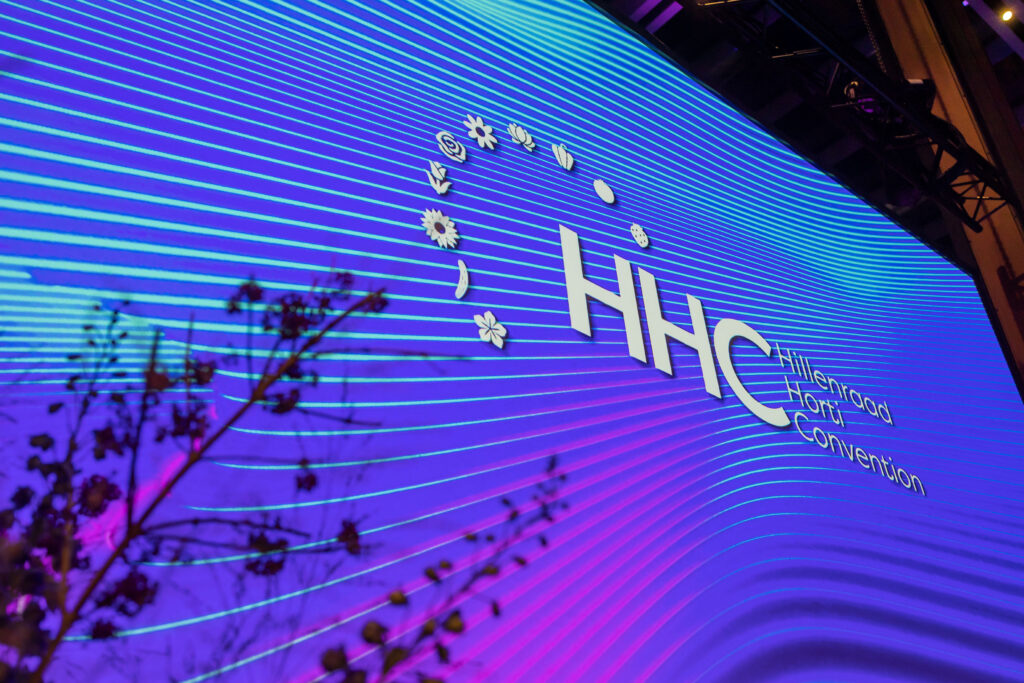 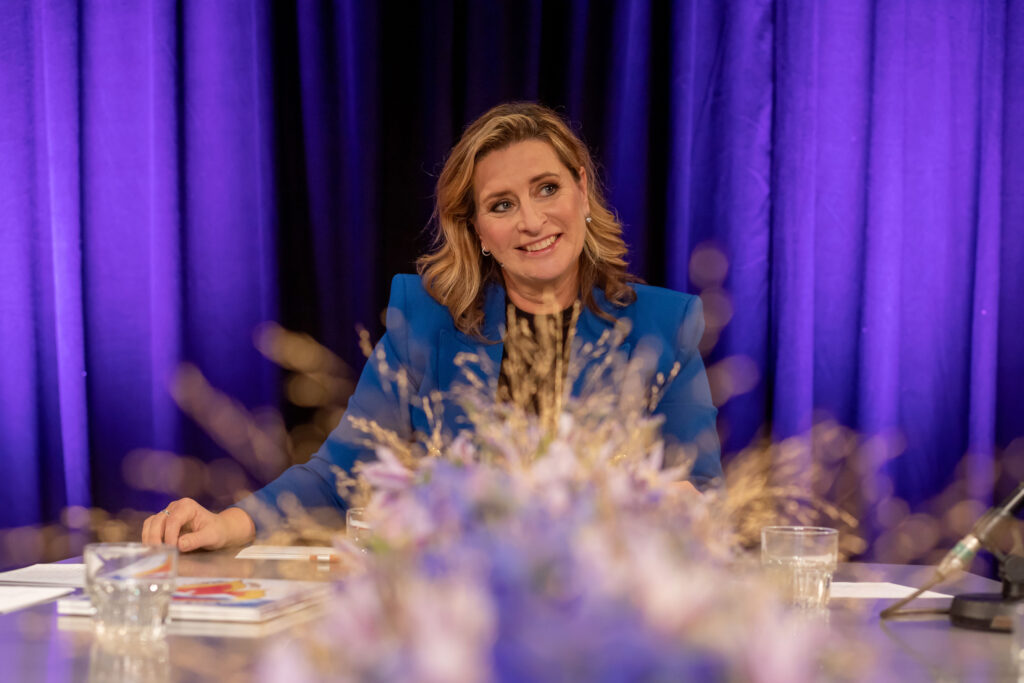 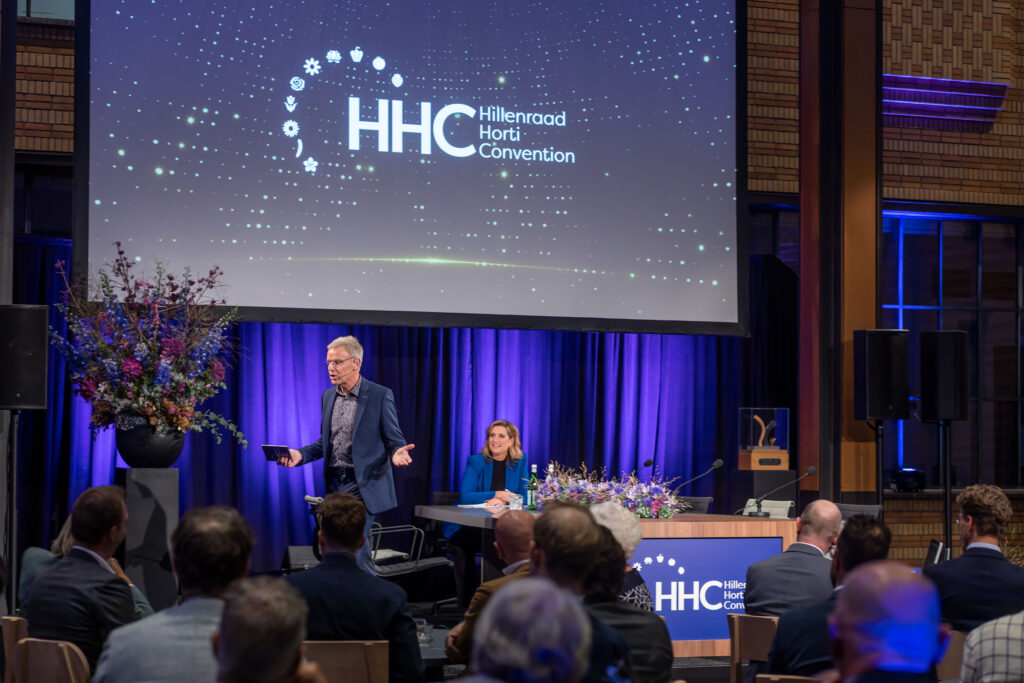 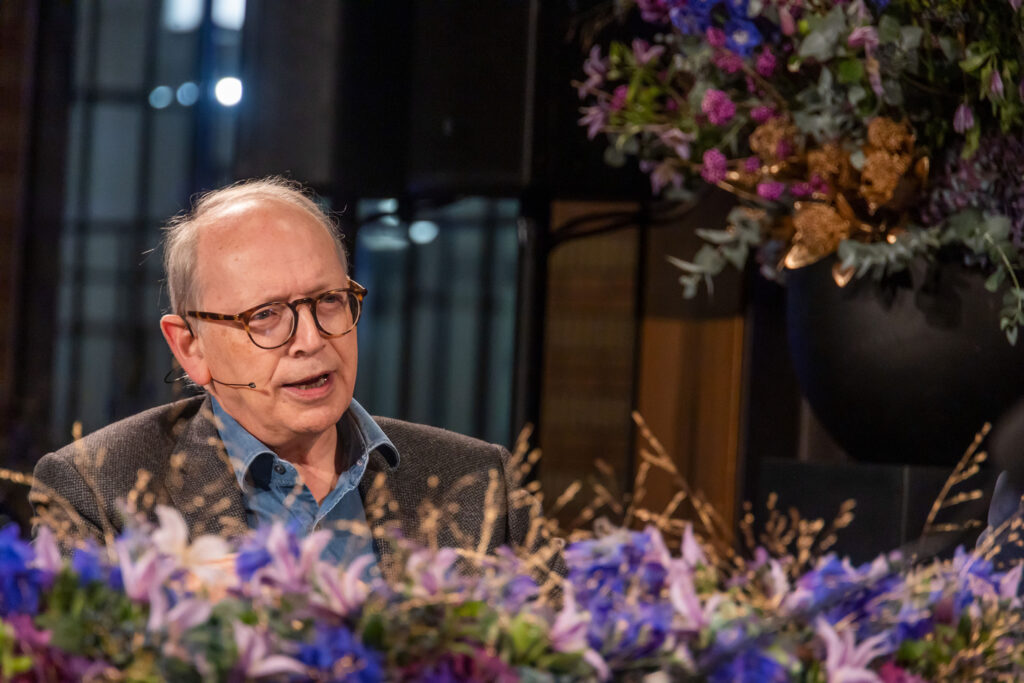 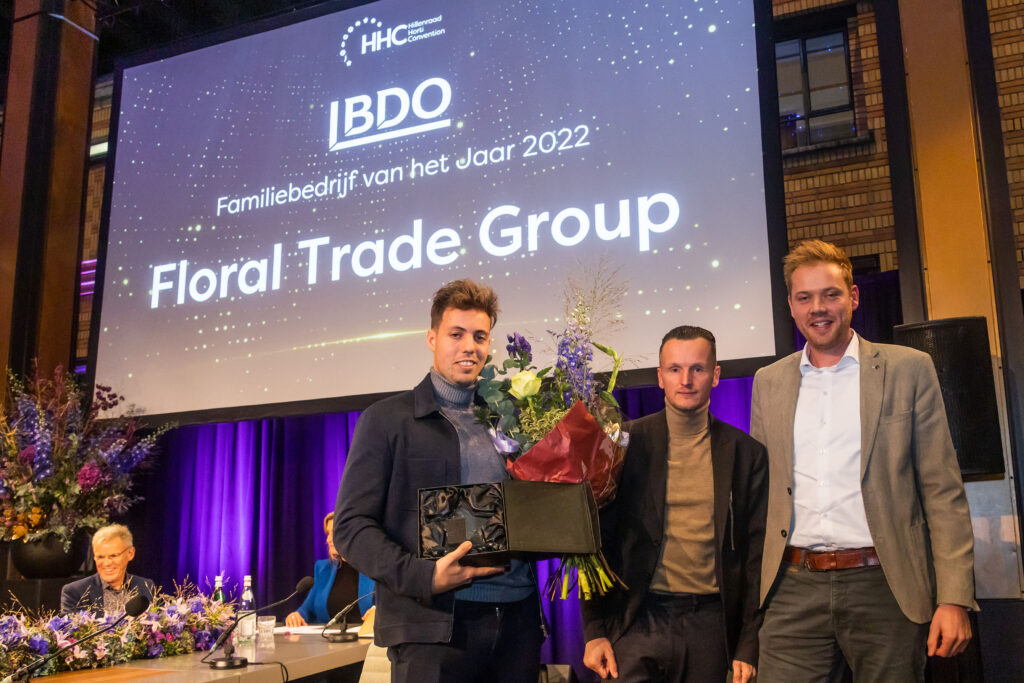 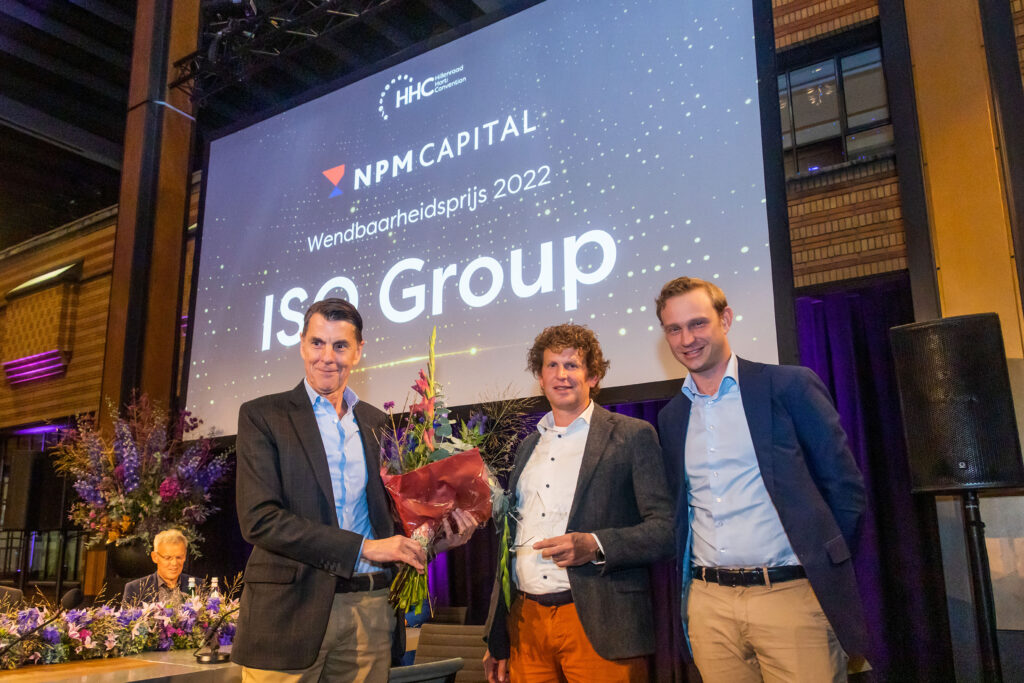 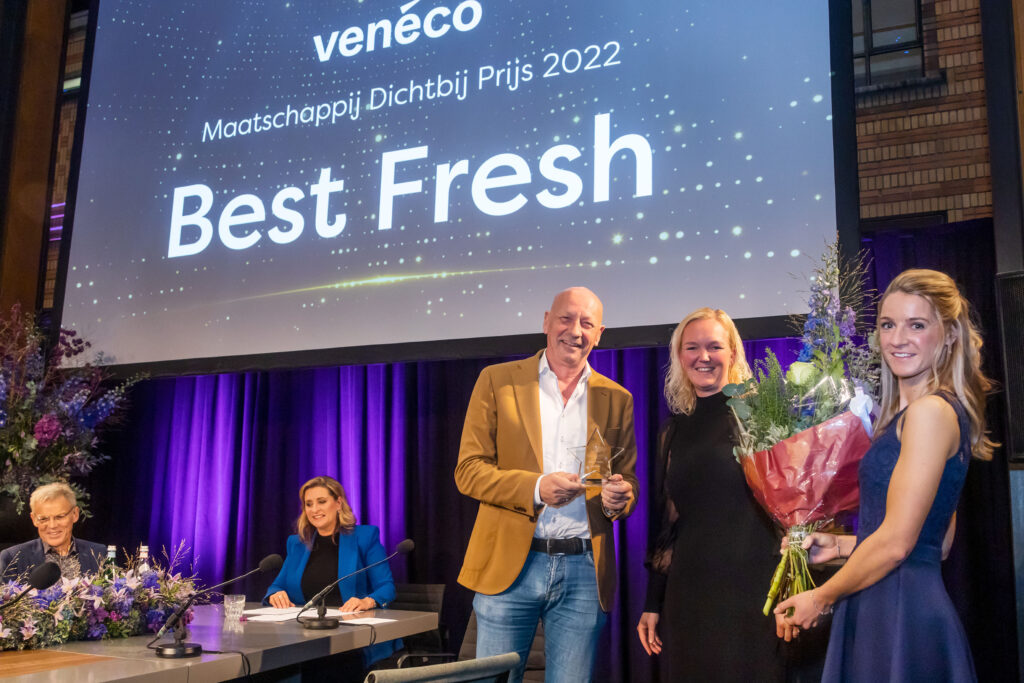 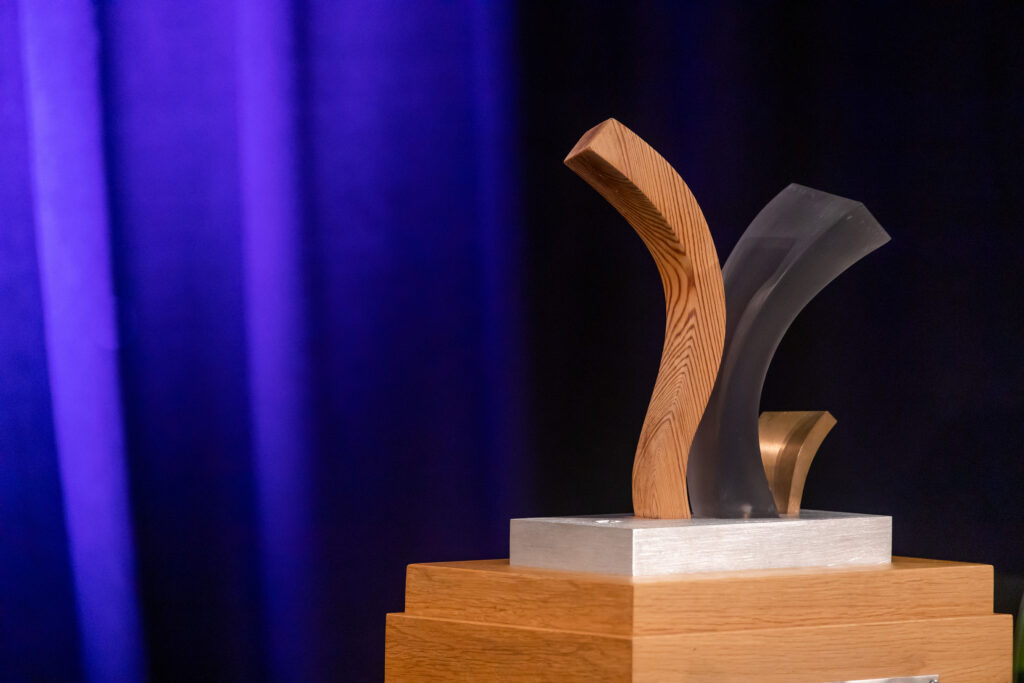 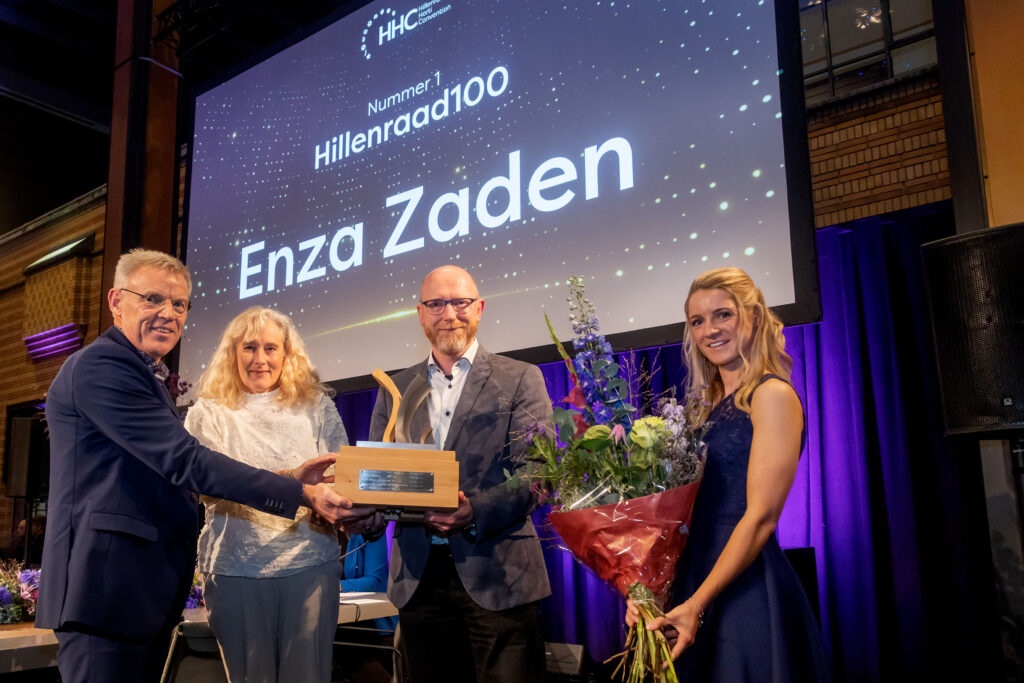 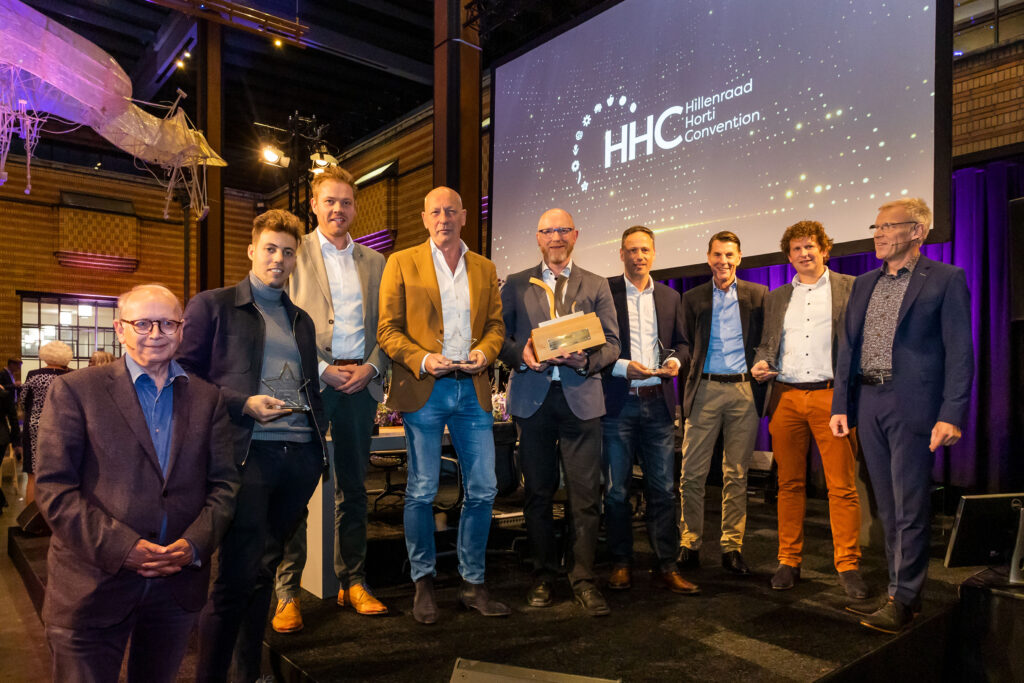 Entrepreneurs do not wait until tomorrow

De Hillenraad100 is an open competition